This post is a little different from my usual stuff, but girl hate an issue which I have wanted to blog about for a while. Somehow I have only just got round to putting pen to paper. (or finger to keyboard but whatever)

Have you ever come across someone who has disliked you for no apparent reason? This person has somehow concocted a strong view about you, without having even met you properly. It’s bizarre but I’m sure girls can relate, whether they feel they’ve been on the receiving end of this scenario or the giving end, or both. Before I proceed, this is one of the many forms of girl hate. Where your achievements/image/personality is judged by a bunch of silly rumours, or your Instagram account or Facebook page; the list goes on and on. 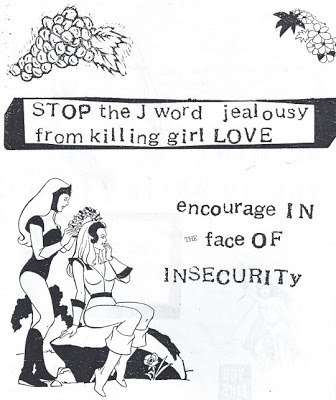 Sometimes one girl can form a very negative view about another girl because there’s something in that girl which threatens them and triggers an insecurity within themselves. Hence, begins the incessant Facebook/Instagram/Twitter stalking, where one girl is trying to find that one flaw in this other girl, in a pitiful attempt try and boost her own self-confidence. When put into words, this whole thing sounds ridiculous, and that’s because it is! Girl hate is something I firmly believe needs to be abolished from society and most importantly, our consciences. There is no place in a modern day society for a thing like girl hate, where your whole livelihood, personality and image is judged by a few social networking sites. Where you’re branded a ‘slut’ just because of one picture, or an ‘attention seeker’ just because of one status update. The biggest threat to a girl’s happiness can sometimes be herself, where she’s constantly looking for flaws within other people because she needs to find some way to make herself feel better. Or on the other hand, another threat to her could be her constant pondering as to why other girl’s don’t like her, what exactly is it about her that makes others dislike her so much? The answer to all of this is simply girl hate. 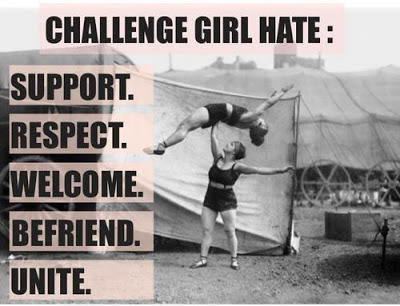 Women often feel the need to compete with other women. According to this logic there can only be one beautiful person and one funny person and one rich person, and the list goes on. It’s a stupid kind of logic but it’s there and it’s on your conscience and I know girls can relate to that. I feel like this is the root of all girl hate sometimes, yes, girls sometimes hate other girls because they feel like they are competing with each other over something. The more you read it over and over the more ridiculous it seems. This life is not a competition, we are not here to compete in things we are not here to prove anything to anyone, so you don’t have to feel like you have to have anything against anyone. Afterall, what are you trying to win?

The key to getting over girl hate is honestly to just try your best to be positive and optimistic in a given situation, which I know is much easier to say than actually do. But trust me, nothing feels better than just not succumbing to girl hate. It’s all too easy to make fun of another girl for no apparent reason, it’s all too easy to backbite and be rude and stalk another girl if it means that in some way or another, it makes you feel that tiny bit better. However, if we put this into perspective, in the grand scheme of things, by doing all of these little petty things, we are actually making ourselves feel a lot worse, as well as judging people far too quickly, which in itself branches out to many other worrying issues. Whenever you feel yourself tilting into either enforcing girl hate or are a victim on the receiving end, just try your best to be the bigger person and remember you are not here to impress other people. 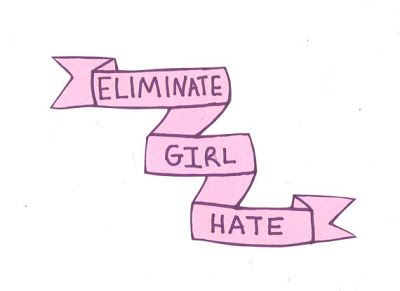 I hope we can all look forward to a future free of girl hate. I hope we can learn to appreciate other people and their happiness as well as ourselves and our own. A future where girls can be more friendly and kind to each other, where there are no barriers between us, making it easier for our friendships and to open up a little. I truly believe that once we can all stop judging each other and secretly hating each other, then we can truly be confident people and then we can truly implement the true value of feminism into our lives.

I would love to hear some of your opinions regarding girl hate! Drop a comment below or you can tweet me @MissIffa or even drop me an email at missiffa@hotmail.co.uk. I’ve left some links below if you want to do some further reading on the whole issue of girl hate too.

You may also enjoy: