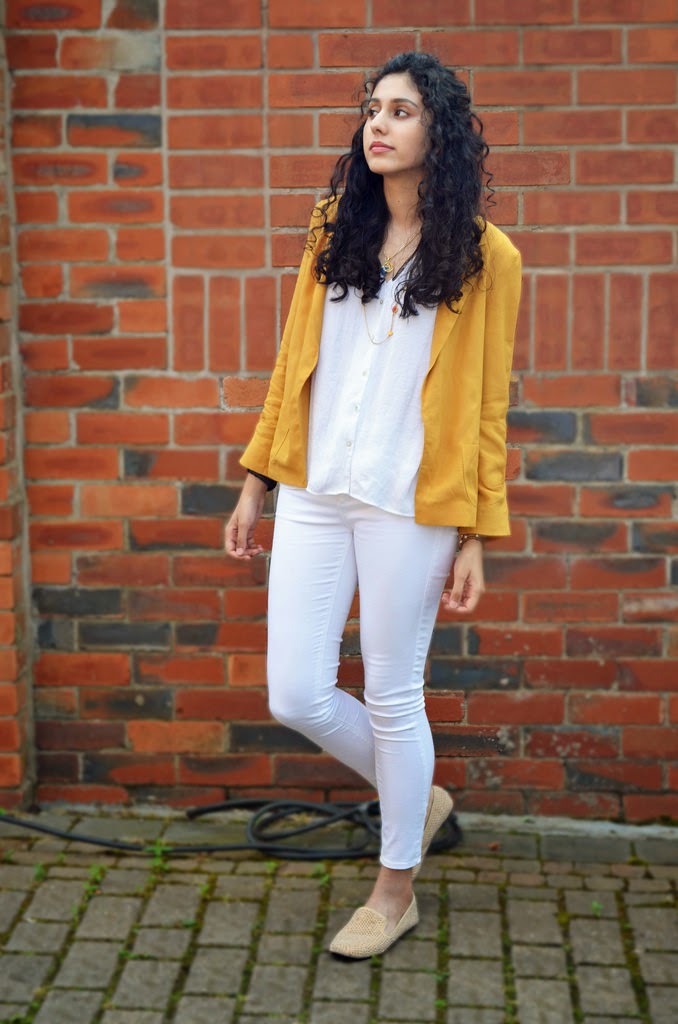 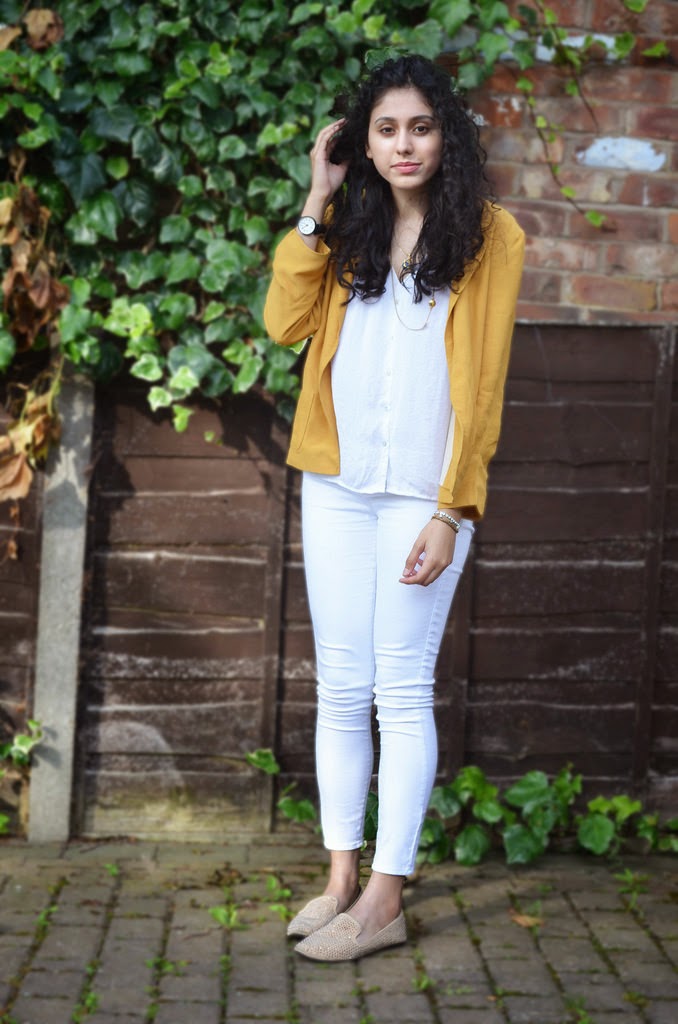 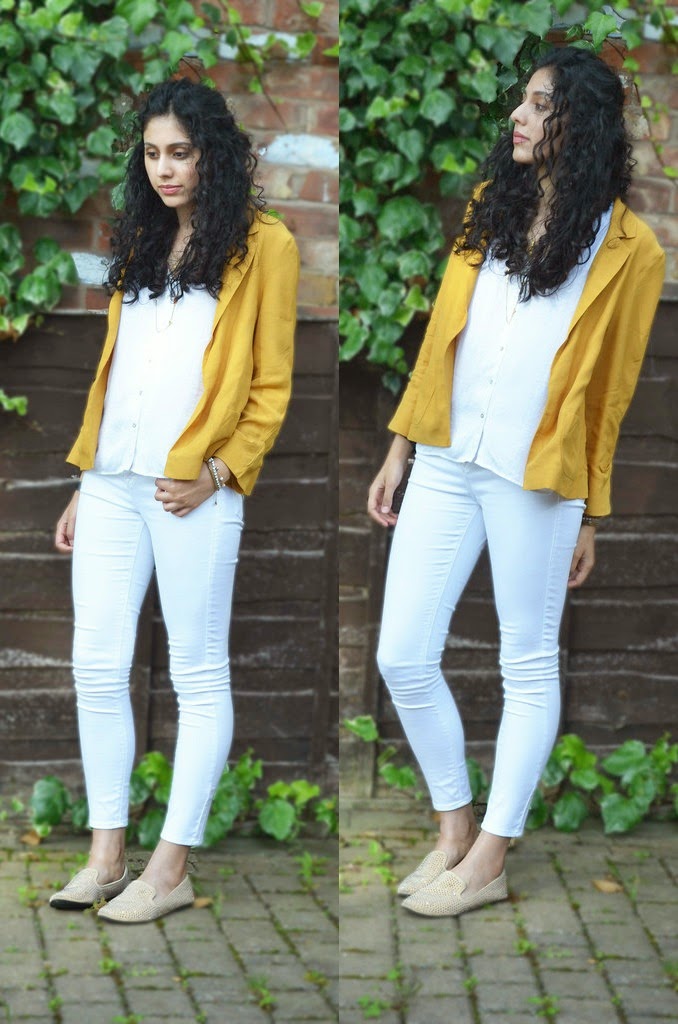 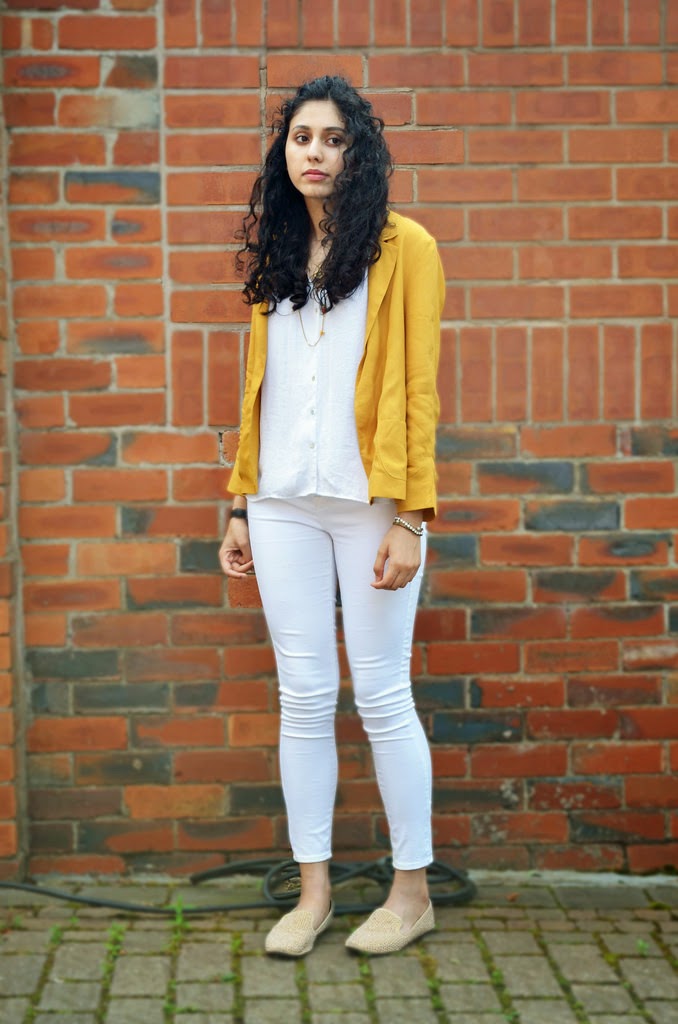 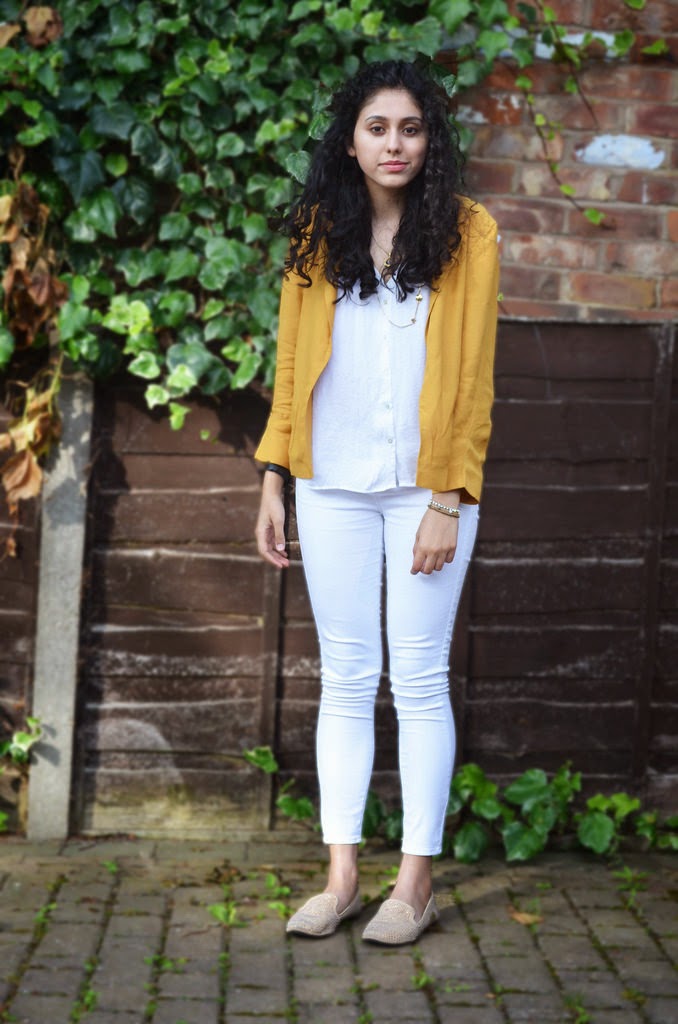 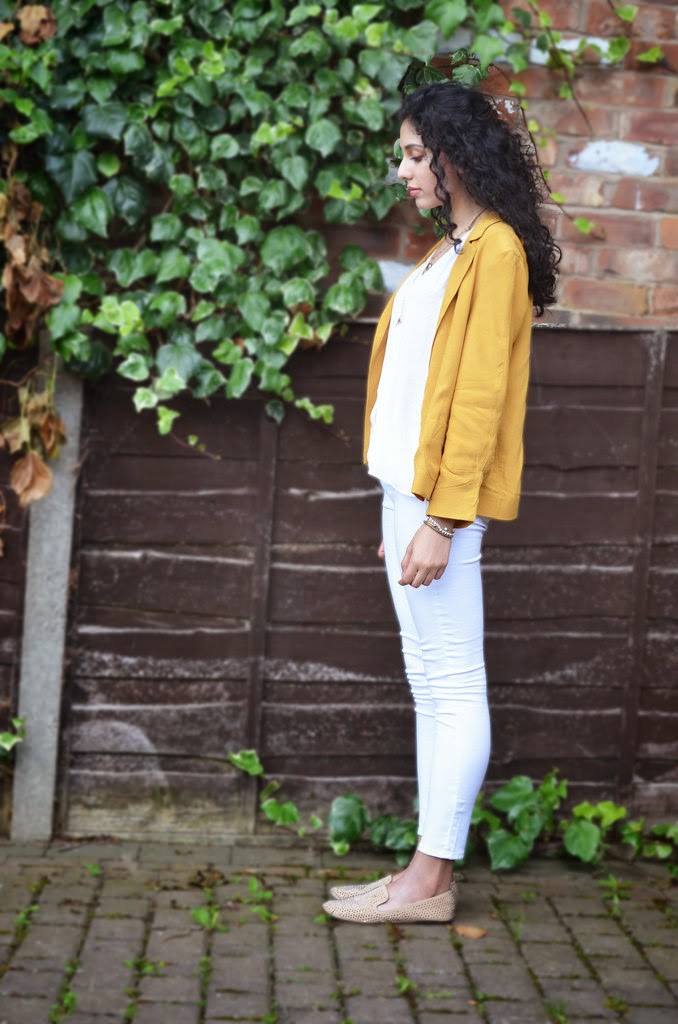 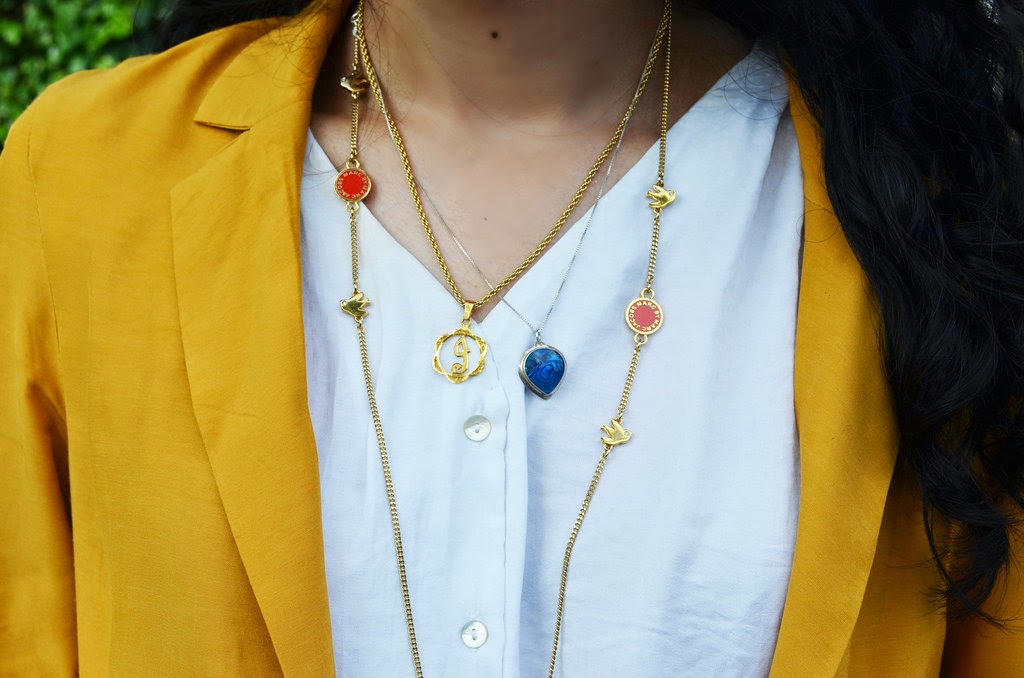 I do believe a grand apology is due, following my no-show blog appearances for these past few weeks. One of my goals for this summer is to blog more often and it’s starting with this post! Don’t fret, I will be back on my blogging game this summer, I also have a few other blogging projects planned, so watch this space!

White jeans have been all the rage lately, it’s unlikely you’ll find any high street store not selling them. I bought this particular pair from Topshop and I think they’re pretty classic, the material is thin so they’re practical to wear when the temperature is rising. White jeans, like black, are amazingly versatile and can be worn with pretty much anything. In my opinion, it’s hard to go wrong with white jeans, but I’ve noticed people are more hesitant to jump on the white jean bandwagon than they were with the black jean bandwagon. People tend to see white jeans as more ‘bold’, the brighter nature of the colour tends to mean that a lot of people shy away from them. I cannot jump through the screen and force you to wear white jeans, but I can tell you that they’re not nearly as drastic as they can initially seem. (In simpler words, go for it!)

I’m personally into colour blocking at the moment: crisp, bold colours assembled into monolithic blocks although may not sound particularly appealing when phrased like that, really is appealing when viewed visually! I continued the white theme of the outfit with a white blouse and paired it with a mustard yellow blazer. I bought this blazer a good year ago but never wore it, I’ve only recently started wearing it for reasons I don’t know. Of course, any blazer would work well with this outfit, which is part of the reason why I like it, it’s sort of like a staple piece which you can bring out at any time and wear wherever.

I like how this outfit can be transitioned from day to night by swapping the flats for heels and opting for more bolder jewellery. Speaking of jewellery, I’m in love with this blue pendant necklace! I bought it from Convent Garden in London on a recent trip, despite my bartering efforts bringing the price down by £5, the necklace was still a bit pricey! Nevertheless, I couldn’t resist buying it!